Jul 30, 2022, 07:39 PM
With the re-release of Lost Islands on the horizon, I wanted to make a place where players can suggest any events they want to be seen, hosted, added, etc.!

Please leave a reply with what you would like to see hosted, added to the event world and so forth! I want to make sure we have a clear way of communicating, especially for Lost events : )
2

Jul 25, 2022, 04:11 AM
Like playing one of our modded servers? Enjoy helping people? Interested in a staff position? You're in the right place! Make sure to read the requirements and rest of the post before applying!

If you meet the above requirements, copy the code to the application below and reply!

This weekend on Sunday July 17th at 7pm EST, Britney1177 and I will be hosting a marathon of Luck events!

Sheepluck, grassluck, lavaluck... you name it, we play it! So come online this weekend for some lucky fun c:

Congratulations to the winners!
6

Apr 15, 2022, 06:30 AM
This week I will be hosting a (semi)new event... an uptime competition!
Whoever has the highest amount of uptime within the next week will win 2 million emp & an ender backpack!
Now get your uptime grind on! legally pls i beg

Moved myself to Admins.
11

There are some very special easter eggs awaiting discovery...
But I guess elaboration can wait until tomorrow!

For now, I inform you that a 50k emp prize awaits the winner (;
Due to lack of players, event will be rescheduled for a later time ):
13


This is list is ongoing, if more events are added, they will be placed within their seasons here!
Please inform the current HoH if you edit this list!
14

Mar 27, 2022, 07:53 PM
Banned Items, Mobs and Mods List!
Here is a list of the official banned items, mobs and mods for the Attack of the B-Team Server!
With the new launch, we decided to allow higher ranks (Geologist+) to have access to some items.
The privilege of these items were granted to you, do not abuse them.
Disabled Mods
Disabled Mobs
Banned Items
All items allowed for Geologist+ are highlighted in orange!


This list will continue to be updated as the server progresses. If there are items missing from this list, please message server staff in game or on the forums to have the item added.[/list]
15

General Announcements / Re: [Modded] Don't all beep him at once (talking to you TAB stalkers)

You were banned for in-game trolling by TrojanKitty like you stated. I have informed him of your unban request, please allow up to 48 hours for a response.

As you know, you were banned for using an x-ray client, which is strictly forbidden on SuperFunTime. Since you were honest with me, I am willing to be more lenient with your terms:

Tell me one rule about SFT and a duty of a Mod here --> https://www.superfuntime.org/forum/index.php/topic,198401

Promise to never use an x-ray or hacked client again.

Have all iron+ items removed.

You have one week to reply and accept your terms or it'll be locked with no unban and you'll need to submit a new request!

I will never troll nor grief, debating politics, religion, or delicate subjects in global chat is not allowed, and my favorite animal is the Rhodesian Ridgeback, owning two myself.

I love that breed as well c:

Thank you for agreeing, I notified a manager of your unban and it will be processed shortly.

As you know, you were banned for griefing in addition to trolling with ThiccVicc and CamonSamon. We do not tolerate such behavior here. After reviewing records and your honesty, there was a slight misunderstanding in information. I will unban you if you accept the following terms and conditions.

Tell me your favorite animal c:

You have one week to reply and accept your terms or it'll be locked with no unban and you'll need to submit a new request!

General Announcements / Re: [Hexxti2] The Duel of the Dungeons! 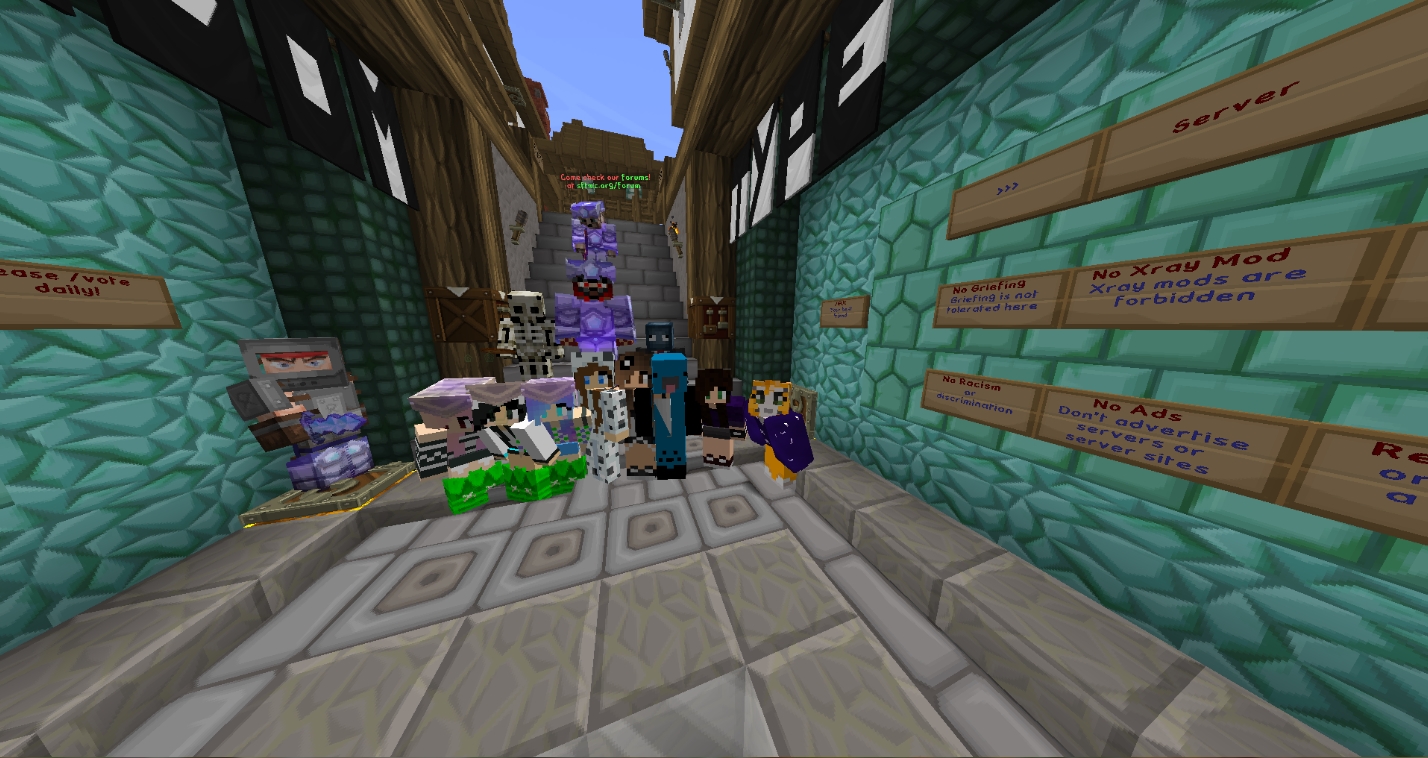 Total and average weekly uptime: I usually play from 8 - 15 hours a week (due to school on mostly later week days) my total uptime is 461 hours as of this time of this post

Will you be able to make staff uptime:  Yes, I sometimes play earlier in the week but most commonly play on later weekdays if i were to get staff i would gladly be on any time of any day of any week as long i'm not busy

Have you been banned if so what for: I have been banned for advertising (mainly thing holding back which makes me a little weary of posting this) but I have learned from my mistakes I remember (vaguely) putting a sign down & saying a server i think i was a member at the point when I did not know anyone and had two friends on the server. The ban was only for two weeks and it was resolved early after I posted an unban soon after I found out i was banned. (at one point I just remember wanting to cry because I knew I did something wrong)

[Edit] I knew I did something wrong, and I knew I was it going to have a long time bad issue on my "reputation" i quickly learned that maybe I would be accepted back & I could make up for my mistakes. I have learned I c ontinue to learn from my mistakes in the past & in the present & future

Why do you want to be staff/why do you think you're suitable for staff: I want to be staff mainly because I like to help I remember at some points I used to be very helpful and help members place dispensers for Slime Fun, I do not do that as much due to i am usually extremely busy doing other thing in real life and working on Auto Shops. I like to help people in general as in I like to just help friends out on Survival, I also sometimes help out people if they are in need of help such as if I saw someone that needed money or needed (example) a sword or they died i would help them out. I report things that my friend does such as going afk when she is not supposed to do (she does do it a lot on some days due to her brother bothering her). I will help anyone if they are doing something as small as crafting something as to helping someone deal with issues that they are having with their homes or towns. In the end I would help anyone if they needed help and if i were to get staff I would be glad to help anyone no matter what, I will help them even if I am doing something for myself.

General Announcements / Re: Cops And Robbers