General Announcements / Re: I am asking for your help

General Survival Discussions / Re: My 4th year here... and the Streak.

Other Servers / Forum / Discord / Re: Krtizkrieg

You were banned by BluetigerESW. I'll let him know you've made this request.
5

Few questions to help us:
What time (incl Time zone) did this occur?
Was there any staff online at the time that this incident was occurring? If so, did you alert them?

Jun 18, 2020, 02:49 PM
This post will aim to clarify the roles and responsibilities of different staff ranks on the Prison server.

Prison Guard
This is primarily a roleplay rank and does not have access to ban. They can however mute/kick/jail server rule breakers if there is not an Officer+ online. Guards have access to all of the prison, and will typically patrol areas of the prison where there is a lot of activity. Guards are not permitted to enter easter eggs unless pursuing someone seen entering an easter egg, or if that easter egg is linked to a drug they control/smuggle.

The role of a guard is to use appropriate measures to enforce the roleplay rules. This position is played in character and can be corrupt. Guards are encouraged to have personality- they can be lenient or cruel, by the book or corruptable. They may also control drug trade as part of their character. For example, if a guard is corrupt and is smuggling weed into the prison, then they might not confiscate weed from an inmate. They enforce rules according to the guidelines set out in the Roleplay rules.

Corruption means that some guards may be bribed to look the other way when a crime is committed. Other guards might not be corruptible and will not take kindly to any proposed bribes. It is up to players to work out and remember which guards can be corrupted, and which are by the book.

The use of corruption against individuals should be limited to a reasonable amount, meaning that a player cannot be unfairly targetted with repeated bribes. As a rule of thumb, it is reasonable that a guard should not accept 2 bribes within 60 minutes against one player.
If you feel as if a Guard is unfairly targetting you, you may report the incident to an Officer+ and this will be investigated properly.

Prison Officer
In addition to the roleplay aspects of Guard, it is the responsibility of Prison Officers to:
Enforce Server Rules, including investigating/screen sharing cheaters.
Manage the guard team, as their superior officers, including reports of non-roleplay corruption as described above.
Officers have some abilities such as resetting mines.

Prison Warden
Wardens share the responsibilities of Prison Officers and Guards, and can also host server-scale events such as riot mode.
Wardens are responsible for fixing any issues with the server.

This post will be updated as and when the roles of Prison staff change.
10

where were u when bamboo was dies?

i was on survival viewing delmaire's builds when Evan tell me

General Announcements / Re: SFT Prison is back!

Someone didn't get paid enough for that teaser, its a work of art

General Announcements / Re: SFT Prison is back! 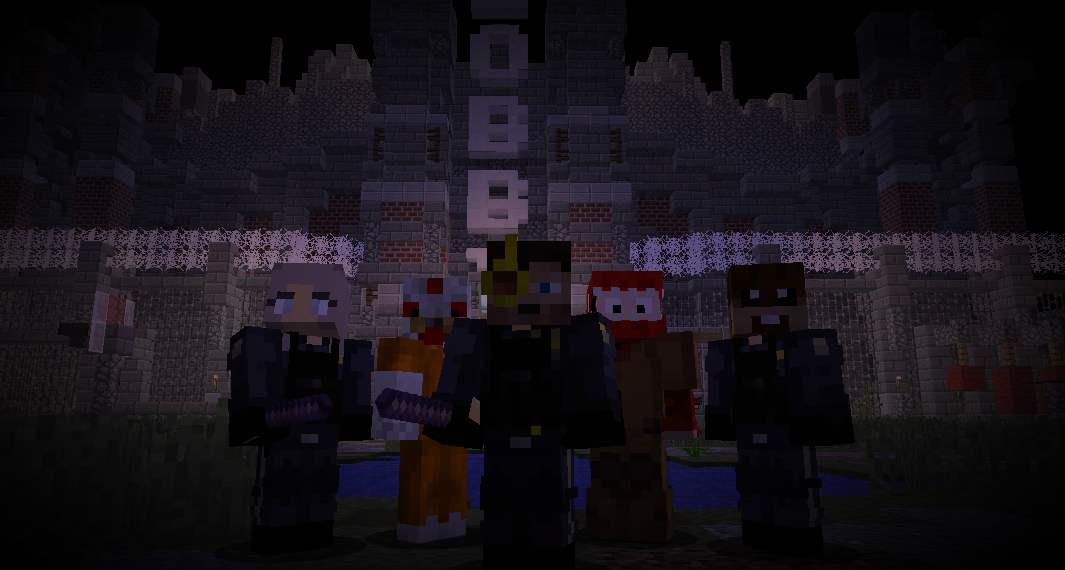 I'd like to clarify what I mean by this. I am not suggesting that by any means, I was talking about the way you were doing 'egirl giveaways' implying that women are just free to give away. One of the rules here states that discrimination of any kind will not be tolerated - this includes gender amongst other things. You also at one point said 'Doing a girl/boy giveaway' which is quite frankly disgusting given that those words generally refer to children. To a number of people on this server it can be misconstrued as something which is highly sensitive for many and should definitely not be joked about under any circumstance.

I will unban you in a week's time under the condition that you acknowledge this specifically and promise me it won't happen again. From then on I'd like you to refrain from talking about this giveaway anywhere in the discord again.

I'll take a week if that's what you think is right. (not that I have a choice, it seems your mind was made up)

I have only talked about a website where you can pay people to play games with you. It is along the same lines as donating to streamers to watch them play games. Common sense and context should be enough to show the average person that no, I am not a bad person, I'm just a player on a Minecraft server.

Quote from: UnicornOnACob on May 26, 2020, 07:33 PMIt's not the wording that's the principle. I don't want to sit back and watch you objectify people like that, even make fun of the exploitation of people, and have you think that that's acceptable behaviour - especially not in the #mc-survival chat where there are impressionable young people that are online.

I accepted that the word might be seen as inappropriate when we chatted in discord pms. I have not said anything on any mc-server discord channels so I think this is a non-issue. With regards to the "exploitation of people" I thoroughly disagree with that as
1. e-g*rl to my knowledge is not synonymous to an escort and does not imply NSFW.
2. we did briefly discuss the ethics of 'companion services' in dm and I think I made my point clear that I was not mocking and fully support the industry, despite not being interested myself.
3. To my knowledge, no slavery, trafficking or exploitation is involved in the website I refer to. If this is the case, then I will be the first to discredit them. It's a website where you can pay people "who describe themselves as "e-g*rls and e-b*ys" to play a video game with you.

Quote from: UnicornOnACob on May 26, 2020, 07:33 PMNot to mention you still thought it would be funny to put 'removed mention of egirls following feedback that it is a slur' as the reason for your edit, when you know that's not why I wanted you to stop at all. I'm not convinced you're taking this seriously, if you try and convince me that you feel some kind of regret for your actions without trying to undermine me I'll consider unbanning you.

1. I put an edit reason as evidence that I was taking your message seriously. This was not a joke. I'm sorry if it came across this way.
2. I do regret my actions. If I have caused offence to anyone by referring to the outdated term "eg*rl" then I thoroughly and sincerely apologise.

I suggest that my posts are perhaps coming across wrong or are being wrongly inferred. I apologise and do not wish to undermine your authority.
16

Quote from: UnicornOnACob on May 26, 2020, 07:09 PMI appreciated you changing your post, Grimi, but in #factions-feedback you continued to do exactly what I told you not to. You weren't listening to my verbal warnings and I took the decision to timeban you as a result.

You know fully well this isn't because you 'used the word e-girl'. This is because, as we had explicitly discussed in PMs, you knew the implications of your words and how it was making people both ingame and on discord uncomfortable.

You continued it here

Okay - Admitted that's a slip-up. I was talking to saywhat who is cool and forgot to use the agreed kosher wording. Honestly, I forgot I even said that. I slipped up and used the wrong wording in a casual setting- an easy mistake to make when its literally the name of the website.

I hope that my efforts to use the agreed wording will count for something here- for the most part, I listened to your warning, edited the forum post etc.

Note to future self: no eg*rls gg, more epals gg
17

If this is regarding using the word "e-girl" which we discussed this afternoon, following your warning and advice I did not to my knowledge use any other words than the ones we agreed on - "epal gg giveaway". I have even since edited the forum post for the video to comply with your suggested wording.

I'm willing to discuss further and comply with any further changes or conditions you require.
18

Don't forget I'm doing an epal gg giveaway if this video hits 30 likes.
To enter subscribe and comment why you want to win.
19

I reported this twice on a ticket- after voting for a month straight I never moved out of tier 0. Apparently according to the results of my support ticket its a feature, not a bug. sooo... only some people get vote tiers?
20

welcome to my meymey video. If you are offended by any of the contents I am surprised and wish you well.


Wow imagine not subscribing to my youtube channel #doublejesus

General Factions Discussions / Re: [Factions] A note from the staff & how bans will be issued.

The problem was always finding newsreaders.
23


I have another one I can make public but I'm just gonna tease you with that.
24

Hi guys it's grimigaming crying live from the AdSense Ferrari. This video is nothing more than a spicy meme. No hate just love for my fans.