General Announcements / Re: [Survival] Help us figure out why people leave after the join

Jan 25, 2020, 09:02 pm
Piggy backing off Dday, the old spawn had rooms right there to explain slimefun, rules, what builds are acceptable.  I think if we do not want to make a new spawn, you can rework some of the areas to take over this function.  People also love clicking on things, so you can make a tutorial and at the end of each section (Rules / MCMMO addins / Slime fun / pyromon / sw|W3 / |creative|loot / etc) have a sign click (or command-block button) that warps them from one place to another within the spawn.  I do not know if this would help keep new players off the bat, but the ones who stay will have an easy to get to visual representation on most questions they have (I am looking at you slimefun machines).

If you log onto a big server you always to a spawn that then lets you choose what mode you want to play.  Hypixel with minigames,house, skyblocks, etc.

Also the spawn screams aquatic update, so maybe having an area showing things from the newest update will emphasize we are most up to-date (as part of the tutorial warp chain - a room with bees and honey with a couple of vehicles).  This is something we have over bigger servers since they are hard stuck on a version due to addins.

Lastly, some sort of community effort to group what player made attractions are already completed that can be played without an eventhost.  We have casinos, parkour, amusement parks, towns, explore builds like egypt/junglerun (Tantive has one but I forgot what he called it) that no one visits because they do not know the warps.  Maybe redo spawn a bit and have the players build a little part of their world inside some of the buildings as featured places to visit.  Or you can have a warp at spawn taking you to a warp board with all the shops and attractions.  Anyone who paid in the premium shop to promote on /gui can build a sample shop/build of their main warp, and everyone else just gets a warp sign. I am working on a project with oi right now trying to create a network for player made attractions.

Just a couple of thoughts.
2

Quote from: onionboys on Jan 24, 2020, 04:07 amWill it not just post as a link to the album though? instead of actually onto the forum

Not if you use the BBCode line.  The BBCode uses the tag |img|http://imagelocation|/img|.  You can also notice, if you scroll to the end of the link, that it should be a file format like .png or .jpg.  To make that a clickable link you would have to utilize the |url=http://link.com|imagelocation|/url| syntax as demonstrated in the Linked BBCode line.
3

General Survival Discussions / Re: Ducky's Palace wants to sponsor you!

Honestly I don't want your 2mil, but if you make me a cool stick like the I love Ducky's Palace stick but themed to dankmemes I will let you advertise for free.  I now have unofficial banners of some of the /w3 events so you might say advertising here will be free real estate for you.
4

Upload to imigur and copy and paste using the BBCode 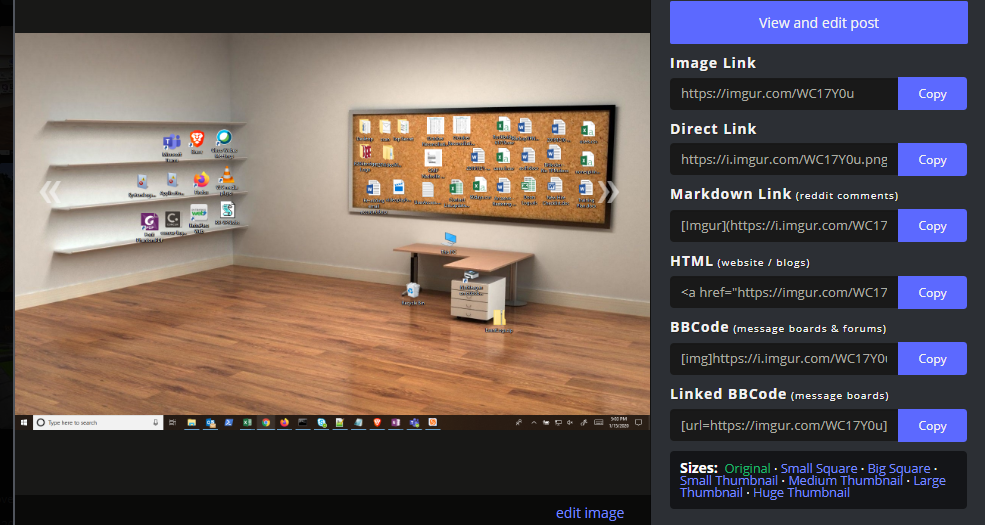 There will be death (this is a death event) and there will be glory!  Come prepared to have fun!
6

Never heard of you, are you an event person?

They're like clowns, suppose to be fun, but just scary.

I mean you can't debunk that logic.
7 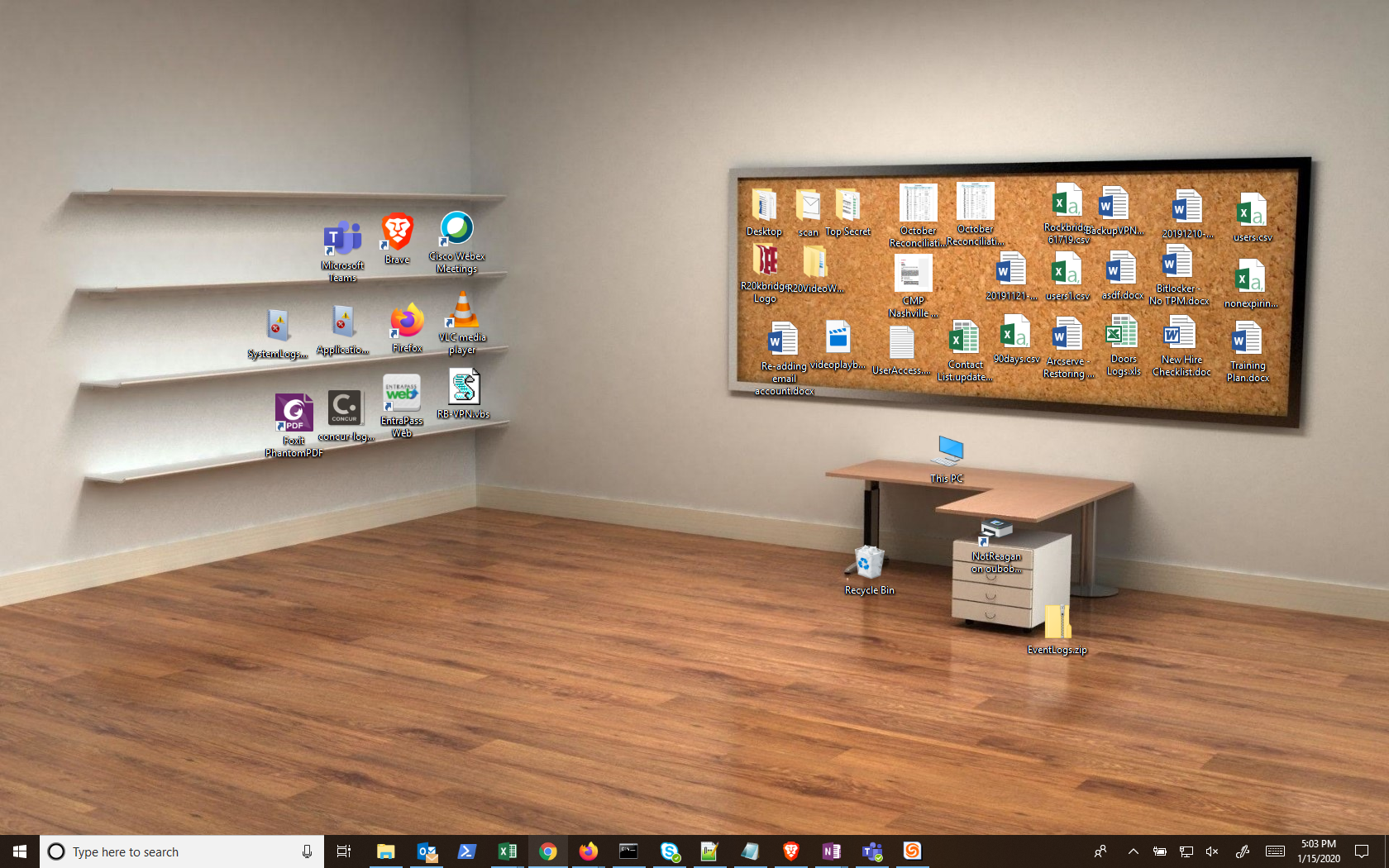 How do I get op

General Survival Discussions / Re: The revival of factions?

Jan 08, 2020, 08:37 pm
If it is white-listed, new players would have to apply to join, and why do that when you can just go to a site and find one that you don't have to apply for.  Now if it is a revenue thing, and you really want to support it in that way, try to pitch an idea where the server can make some money, because time and resources cost IRL $'s.  And I only ever see Sasha posting on reddit to try to get new players, and some people say they won't vote because it takes time.  This is how we get players and money.  Spread the name of our server, get new playerbase, and every once in a while we get a patreon or someone will buy fly for the server.

I see both sides, but also take this.  We just had the scavenge world up and in less then 24 hours we had to ban lava because people decided to trap people at spawn.  These were people that play regularly in survival.  Now imagine that with randos or someone that has a grudge.

Tera makes a good point, with a good staff things could be better, but to do that we would most likely have to pull staff from our current servers to get the quality that we want.  The only other option would be to find a "dying" factions server that exists now and trying to migrate them but I doubt we would promote poaching.

Lastly, as stated in the original post, there were a lot of plugins.  That means we would require more developers to keep them updated.  That in itself is time consuming.  Most of the people here don't understand the amount of time and effort people have to devote to that.  Then there is the testing, and since we don't have a dev server for testing, everything is tested in production.  And do not get me started about all the opinions and suggestions that come with something new.  Something might be different then it was, so there will be complaints about that, or when a plug don't work and now someone feels like they wasted hours of in game time, or if we do get that player who is being toxic but doing it "by the rules" to the point no one is having fun.

I am not speaking for Towelie, but if you can come up with answers to all of these negative points and set forth a business plan with promotions, justification of cost, support for plugins, creation of staff, and have someone he trusts to run it, then maybe he would be more prone to the idea.  His idea's are the most valid because he pays for for the things that we do not cover by means of the premium shop or patreon.  And it is also his time and effort to find the staff/developers to run the servers, or to do it himself.
11

Jan 05, 2020, 12:09 am
To piggy back off of T4's post, vanilla survival does get left in the dust, but that is why we play with mods.  I know some skyblock servers have a world players can go to for resource farming of all varieties that give you quests that you complete and can go though more worlds for more difficult quests and items.  In the mining worlds resources are in abundance but so are the mobs that you have to fight to be able to get to them.  Something like this would allow new players to die but not be so upset (until they lost their real good enchanted items) but allow more experienced players to dive deep and even complete raids.  I have only seen this type of game play on bigger servers and most likely require some pretty intensive mod packs so I don't know if this is of much help.

There was a post about having quests, and if that is setup properly I think that would be an equivalent solution to spruce up things.

What I do like about this server as of late is that you do a really good job at keeping it up to date.  Most servers have a hard cut off and are not even up to the aquatic update, and the fact that we are at a version that Optifine hasn't even released is pretty awesome in itself.
12

General Survival Discussions / Re: What plugin annoys you the most?

Quote from: Green_Giant on Jan 03, 2020, 09:16 amPyromon. I don't see many people using it, and loads of questions get asked in chat like "What is a Tsuki?" I don't see it adding much to the survival experience, and they're all over hte place and it seems almost rare to see a normal mob.

Just a thought, but we could "shoot two birds with one stone". Apart from the tempworld pvp idea, we could also move pyromon spawns to tempworld exclusively. Therefor, people who want to find pokemon, can go, people who don't want to partake / don't want to be confused, can just avoid tempworld xd

This is a good idea.  Especially if the pvp world is supposed to be harder.  I personally enjoy pyromon periodically but I didn't at first because it was kind of complicated and the catch rate for me at the start was real bad.  Like I would go though 20 pyroballs to catch a 3-20 CP pyromon.

I think as a whole pyromon is the lease utilized.
13

The thing is fly would be on all the time, so the general population would enjoy this.  I think that if keep inventory was on that it wouldn't be too bad.  Would there be a way to keep experience too if you got killed by a player?

I know there are a couple of people who would be super upset that a player killed them (some of the younger players) and a fair bit more that would keep killing the same people because they think it is funny.
15

General Survival Discussions / Re: Ducky's Palace wants to sponsor you!

General Announcements / Re: [Survival] Nether + End Have been reset + A special teaser

General Discussion / Re: [Information and Tips] How to learn to draw

General Survival Discussions / Re: What do you guys want to see to have an balanced, improved gameplay?

General Announcements / Re: [Survival] An important change regarding Hoppers

General Announcements / Re: How can we make Patreon more desirable?

Just curious because I didn't think about that and if so I can do my research before posting more ideas.
Pages1 2