General Announcements / Should we donate $50 /mo to a charity if our funds allow it?

Apr 07, 2021, 07:08 AM
So I am specifically interested to hear from our premium users and patrons, but also from everyone else.
We were discussing about potentially supporting a charity with $50 / mo if at the end of the month we can spare the funds after covering the costs.
The charity has to be a legitimate one, and we were thinking either a suicide prevention non profit or a mental health non profit, but we are open to other suggestions.
If this gets massive support, we will look into finding a charity, share that with the community and perhaps ask the community again if they are fine with the charity we have chosen.
If you believe our small contribution can be put to better use another way, we are interested in hearing that too!
It's about time that SFT started giving something back after getting support from a lot of awesome people over these 10 years.
2

General Announcements / Re: We are now in the loan business

General Announcements / We are now in the loan business 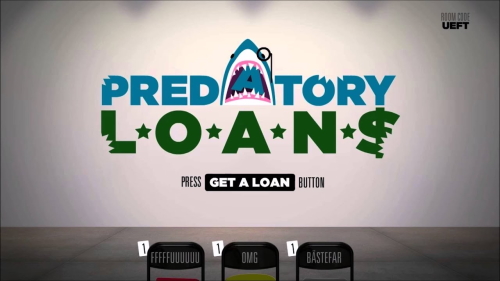 I have already discussed what happened with Autpek and I can see he was not abusing his rank, just... you can't expect discord admin team to be punching bags and take everything, if you keep bothering a bee, it will sting you eventually, even if it kills it.
6

General Announcements / Re: [Survival] Death coordinates is back (with modifications)

was never enabled there
9

A bug, cannot disclose as of yet
12

Mar 18, 2021, 10:01 AM
After further testing, we determined Tractors not to be at fault for the potato issue. Therefor, they have been re-enabled and /tractorshop is now available again!

As a reminder, tractors farm and auto replant crops so they are very useful
13

General Announcements / [Survival] Death coordinates is back (with modifications)

Quote from: MsDanteMoon on Mar 16, 2021, 11:16 AMI'm getting a little bit of mixed signals and want some clarification;

You said in your original post that ' This will be our implementation of Anarchy.' However just now you said that it's not really supposed to be like anarchy, I'm just a little confused on whether or not you intended this server to be like SFT's version of an anarchy server (but with modifications)

Also what kind of hacks would be consider server breaking?

No hate or anything on the new server, just wanted to know

Not anarchy, it's our take of Anarchy xd meaning elements of anarchy but not all.
As for destructive mods, idk nukers, server laggers, crashers

Mar 16, 2021, 08:54 AM
You have been unbanned, however, I would like to caution you that we will not be as lenient in the future and we also have a new rule that says if you get banned for the same reason (or approximately the same) 3 times you get banned forever.
16

Quote from: MsDanteMoon on Mar 15, 2021, 05:31 PMSince it's supposed to be like anarchy will you allow hacked clients?

Not really supposed to be like anarchy. And up to a level. If it's destructive to the server, no, we won't allow it

Honestly, haven't asked myself this question. full time on most likely.
19

Mar 15, 2021, 09:25 AM
I am going to start working, this week, on a new server. It's a vanilla Minecraft server, called Survival Lite Hardcore.
Here's how it's going to be different from Survival and other servers:

This will be our implementation of Anarchy. We don't intend to punish griefing or looting.
Thoughts?


THIS IS BEING DELAYED DUE TO REAL LIFE STUFF! IT'S MAYBE GOING TO PERHAPS HAPPEN EVENTUALLY THO
20

Mar 15, 2021, 08:58 AM
We are removing the XPBank plugin in 48h, as we found out there are still bugs causing people to lose their stored xp.
If you used XPBank, please withdraw all your XP ASAP, otherwise you don't need to take any action
21

Mar 11, 2021, 10:12 AM
How many of you remember Survival Lite?
How many of you would like it to come back?
It's basically a survival without any fun plugins whatsoever (like no slimefun, no pyros, no economy, or item economy, also no staff protections, only self claims)

Mar 11, 2021, 07:59 AM
https://github.com/TheBusyBiscuit/Slimefun4/wiki/Electric-Furnace
There are currently 3 tiers with increasing speeds, up to 4x cooking speeds. You can use them to smelt ores and cook food. If you don't have a power station, you can use the one at /warp airstrip, just drop your furnace near a connector and start cookin'
24

Mar 09, 2021, 07:26 AM
This plugin was made and now it was sent back to devs to rename the command because it conflicted with another plugin when they are add, i will add it as a premium option
25